The typical profile of an Australian worker is changing. For many, an office job and a 9-to-5 working day is being replaced with self-employment and unstructured working hours.

Commissioned by NBN Co and during 2017, KPMG special advisor and demographer Bernard Salt has been travelling Australia, uncovering towns where the landscape of work and lifestyle is changing.

In many instances, access to fast broadband has facilitated a new way to live and work. Western Australia’s Busselton is a prime example.

The changing face of WA 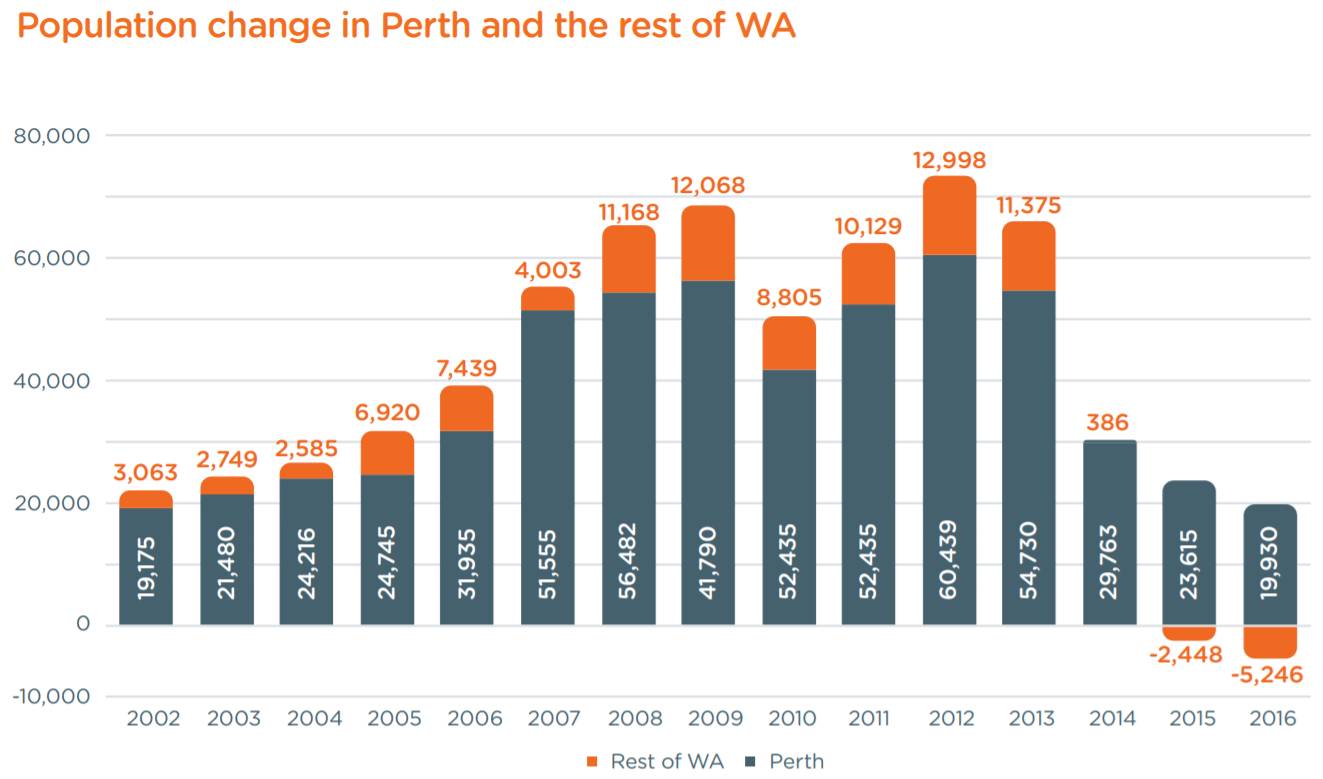 Western Australia is a vast but sparsely populated state. Of the 2.6 million-strong population, two million live in the city’s capital.

The state’s fortunes largely lie in the rise and fall of the mining sector, and have done so since the gold rush days. During boom times, the population of Perth swells. When mining experiences a downturn, things slow but do not drop off completely.

Despite such a drop off recently, Perth is still experiencing growth, attracting an average of 10,000 new jobs per year. As noted by Bernard Salt, healthcare, accommodation and food services are replacing manufacturing and mining as industries on the move. 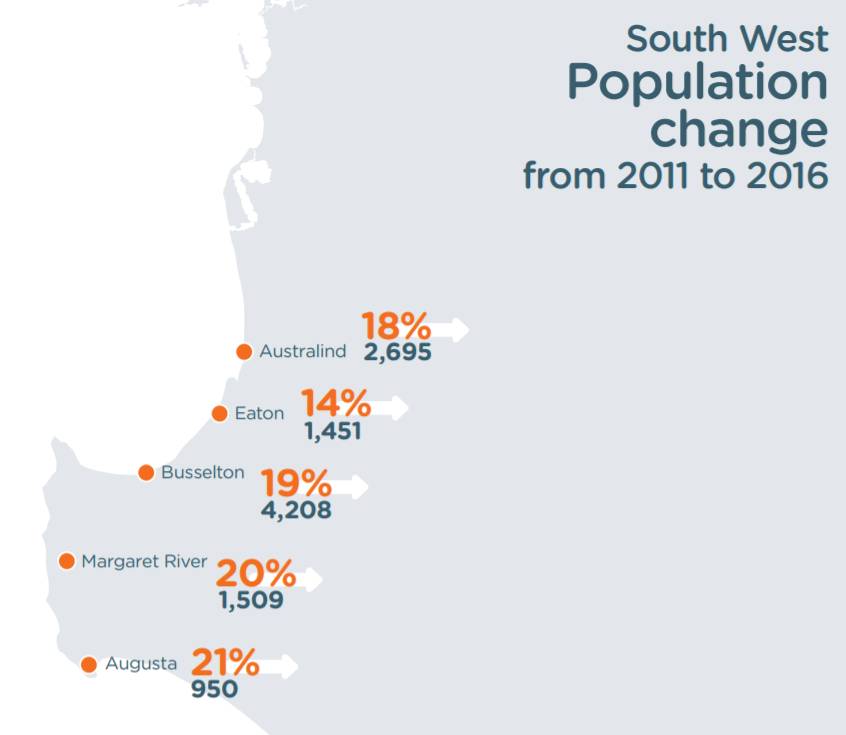 South of Perth, the towns of Busselton, Margaret River and Augusta are experiencing a population boom. In the five years to 2017, despite other regional centres experiencing a drop in numbers, these towns welcomed up to 20 per cent more residents.

According to Mr Salt, “In many respects it appears as though the excess population and worker capacity from the mining sector has sought refuge in the lifestyle communities of the south west, centred on places like Bunbury and Busselton.”

The Lifestylepreneurs of the South West 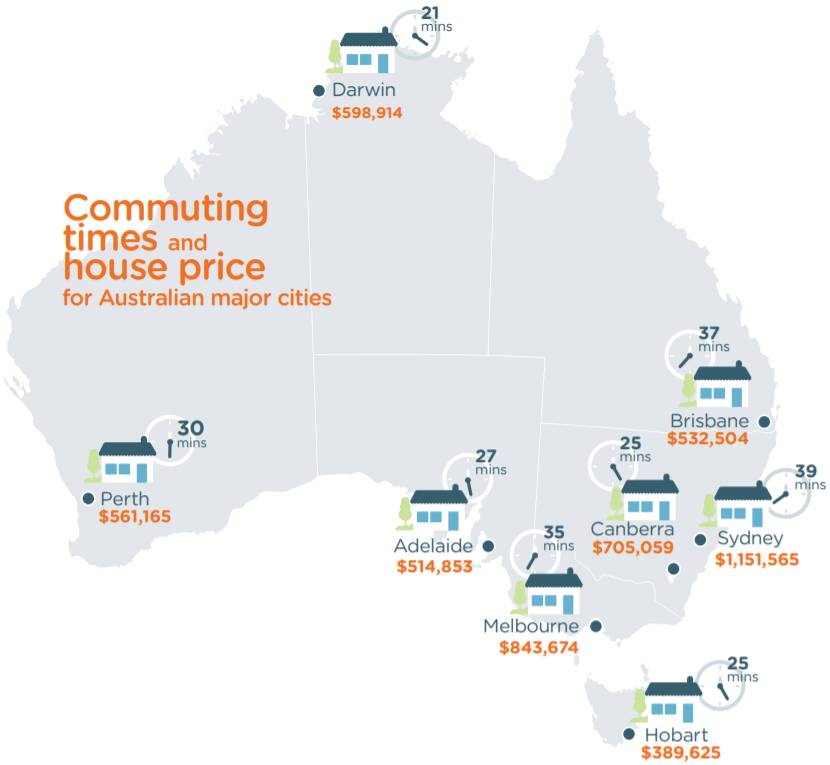 A so-called ‘lifestylepreneur’ isn’t focused on being the next Apple or Google. Instead, they want to live outside of major cities, running a business they are passionate about while still having access to quality schools, hospitals and shopping.

Their goals are not to exponentially expand but to make a living while enjoying work/life balance.

As Mr Salt says, “Busselton offers all the right attributes of a lifestylepreneur destination.” The city has a growing population, low operating costs and easy to access facilities.

“Maybe the region is seen as a ‘refuge’ for people released from the resources sector (who are) now wanting to pursue the Australian dream of being their own boss in a lifestyle region,” says Mr Salt.

The revolution in connectivity is playing a huge part in the rise of the lifestylepreneur.

“For many business owners, living outside of Australia’s capital cities once felt like a disadvantage, however increased connectivity such as via the nbn™ broadband access network is helping local businesses to tap into cloud-based collaboration and video conferencing tools to compete on a global stage,” says Mr Salt.

Busselton resident Peter Ravenscroft is able to enjoy the beachside lifestyle without the big city commute. As Founder of Pepi Enterprises, Mr Ravenscroft says access to fast broadband allows him to run his business from home.

“Whether it’s cloud applications, bookkeeping, marketing or social media, the nbn™ access network enables me to expand my business across the country while staying in the town I love.” *

According to Bernard Salt, as broadband connectivity becomes available across WA, there will be further entrepreneurial growth and innovation in south-west Australian towns like Busselton, Augusta and Margaret River.

Forget Silicon Valley, Australia has a Silicon Beach – Cairns is evolving from a holiday destination to a small business hotspot.
* nbn is very happy with Peter Ravenscroft’s experience with the nbn™ broadband access network.  Of course, end user experiences may vary.  Your experience including the speeds actually achieved over the nbn™ access network depends on the technology over which services are delivered to your premises and some factors outside our control like your equipment quality, software, broadband plans, signal reception and how your service provider designs its network.