As a proud Indigenous Australian, Jason Davis knows first-hand how important access to personal information, such as identification, training certificates and cultural heritage, health and family lines documents, are for our nation’s First Peoples.

He’s also well-aware of how difficult it can be to hold such access.

Solving the challenge and making it easy for those of Aboriginal heritage to easily access this important data was what motivated the Darwin (Larrakia Nation) based tech entrepreneur to create Diji-Wallet.

Part of a wider software-based supporting system under the name ‘HoldAccess’, users are issued with a credit card-sized ID containing at-a-glance cultural and work-related information linked to a secure online personal database via codified access.

The system allows users to access and control their information any time, in any environment – with or without access to mobile phones or the internet – in locations, such as worksites, where mobile use is restricted.

Jason believes granting Indigenous Australians ubiquitous access to transferable identification that allows them to be work-ready at all times is a game changer.

Not only useful to users, it also makes it easier for the enterprises that employ them, for Native Title groups to manage memberships, and for customer data platform providers to hand over documents to their clients.

Jason believes granting Indigenous Australians ubiquitous access to transferable identification that allows them to be work-ready at all times is a game changer.

And so did the judges of the inaugural Innovate with nbn™ grants. 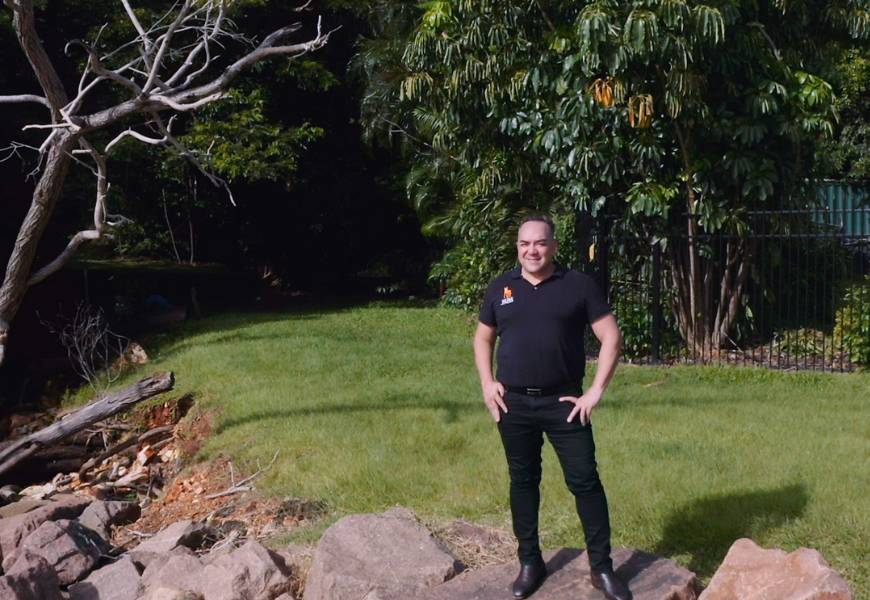 In partnership with the Regional Australia Institute (RAI), nbn recently announced the inaugural winners of the Innovate with nbn™ Grants Program.

Part of nbn’s commitment to regional and remote Australia, grants totalling up to $95,000 were awarded across seven categories: agriculture, arts, education, health, Indigenous business, tourism and women in regional business.

Read more about the Innovate with nbn™ Grants Program, and the deserving winners.

Not only was Jason’s start-up, WUNA (HoldAccess), named winner of the Innovate with nbn™ Indigenous Business category, it was also declared overall champion.

Jason says he’s both humbled and excited to have received such recognition, and that the $35,000 in grant money awarded will allow him to take the Diji-Wallet concept to the next level. 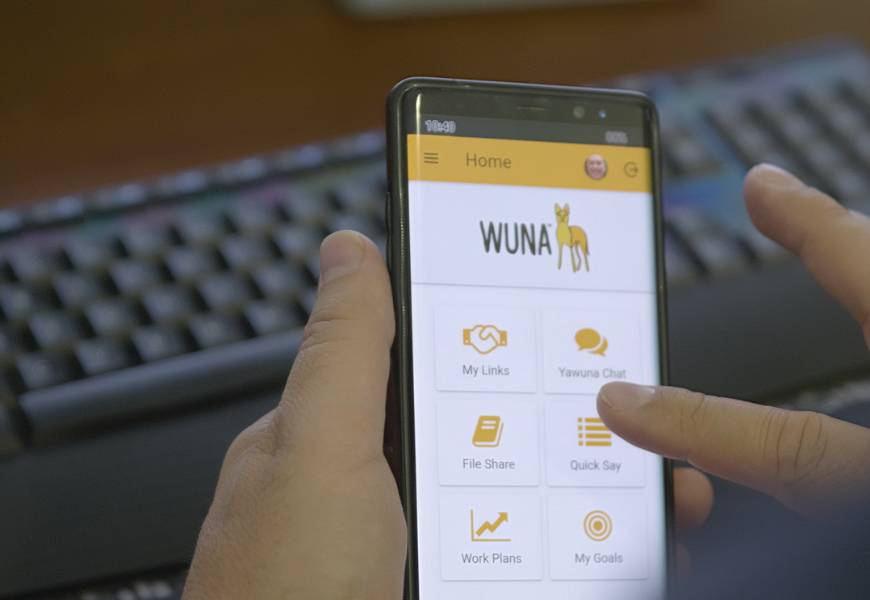 “But then to be announced the overall winner nationally for Digital Business Innovation, I couldn’t speak. I was left dumbfounded.”

While grateful to receive the awards and injection of funds, just as important to Jason was the recognition by judges of the depth of the problem for Indigenous Australians – the problem he’s passionate about solving.

“They understood that this was a ground-breaking solution that needed the support of the Innovate with nbn™ grants to get me into a position of scaling and commercialising my product.”

The catalyst for change

A criminologist by profession with a Master’s Degree in Public Health, Jason says it was the premature birth of his daughter three years ago that motivated him to quit his previous job and pursue his dream of making Diji-Wallet a reality.

“It really gave me a shock, because no one expects that to happen.

“My baby daughter was in hospital for more than three months, and that meant driving back and forth to the hospital every day. It took a lot out of me and my little family.”

“I realised this was a catalyst to actually move on and do something bigger and greater, turning what happened in my life into something more valuable that could impact many people.”

It also gave Jason time to think about how he could solve what he knew was a significant issue for many Indigenous Australians.

“I realised this was a catalyst to actually move on and do something bigger and greater, turning what happened in my life into something more valuable that could impact many people.”

Jason says bringing his great idea to life would not have been possible at all, however, if not for the enabling power of broadband connectivity.

“For Aboriginal and Torres Strait Islander people, services over the nbn™ network are able to help solve a lot of problems by getting regionalised information to us, quickly and effectively*.

“Broadband technology has enabled me to be where I am.” 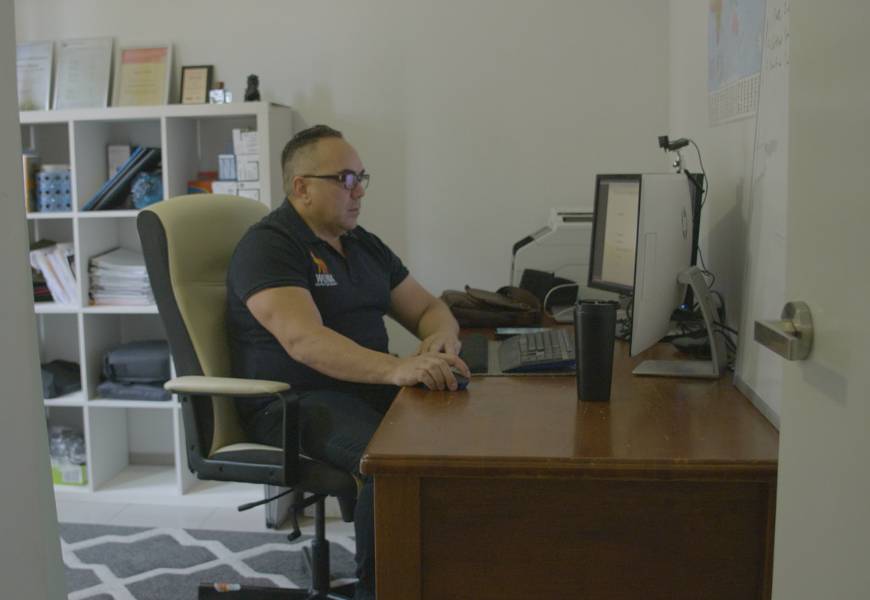 “We established Innovate with nbn™ with a clear objective – to celebrate the great innovation of so many businesses and individuals right across regional and remote Australia.

“And in the case of WUNA (HoldAccess) it was humbling to speak to Jason and hear what winning Innovate with nbn™ meant to him.” 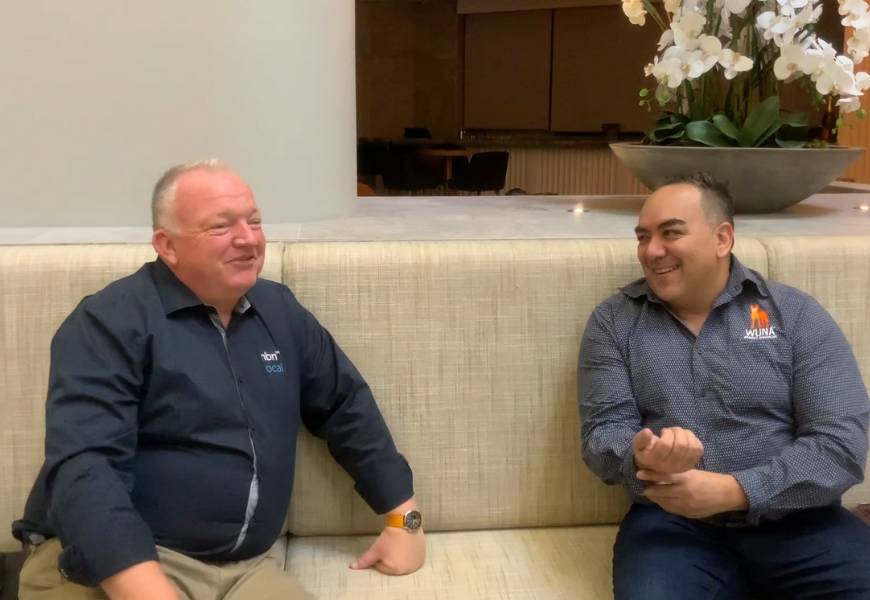 Jason says WUNA is an Aboriginal word meaning the ability to ‘make informed choices’ – an ethos that has helped guide development of Diji-Wallet.

Crucially, he received valuable mentoring and support toward this goal from the Darwin Innovation Hub (DIH), which provides expert advice and assistance to innovative business ideas, like WUNA (HoldAccess). 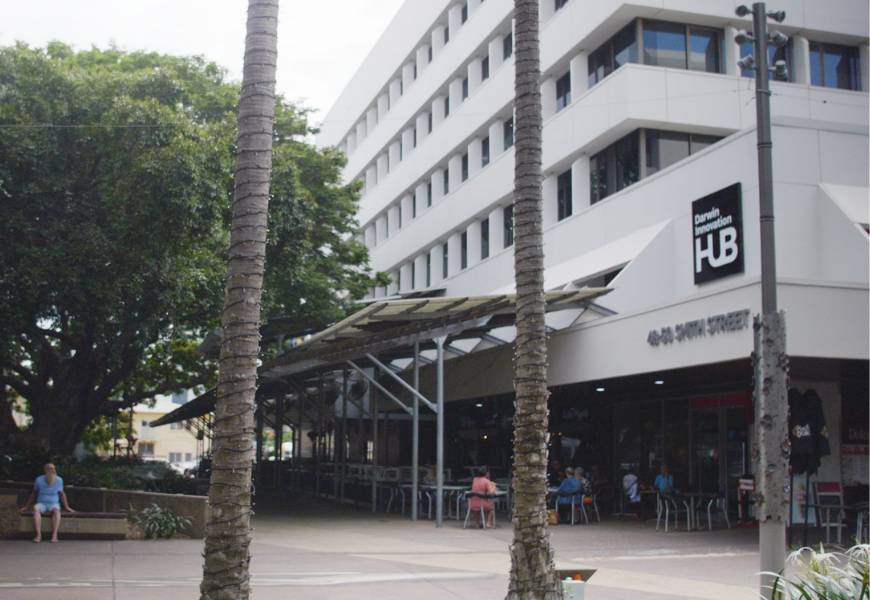 She says the team was thrilled to learn Jason had taken out top honours in the Innovate with nbn™ Grant Program.

“To have Jason – one of our Indigenous start-ups – win this award has been exceptionally exciting for the Territory as well as the Darwin Innovation Hub, and really gives a sense of pride to our facilitators that we were able to help Jason on his journey.” 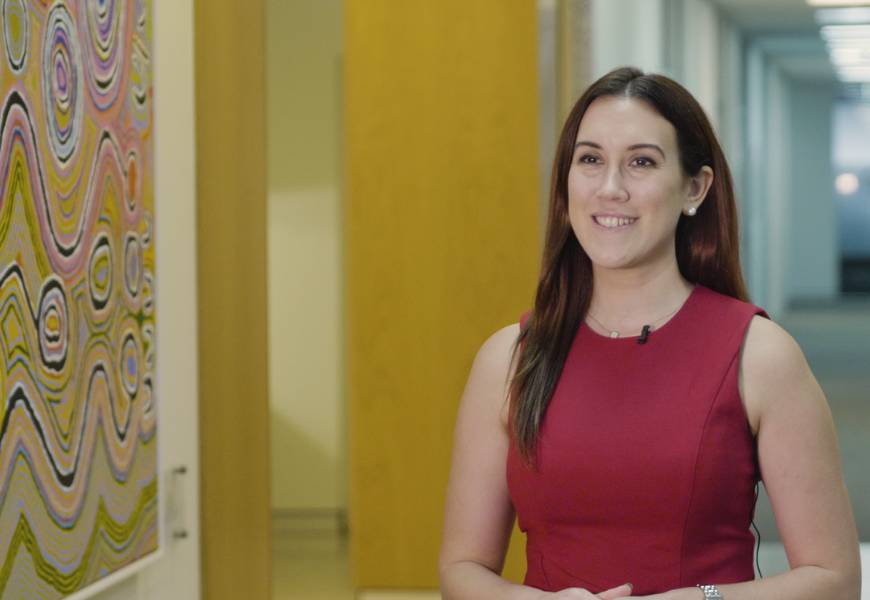 As the digital backbone of the nation, Jason believes the nbn™ network has an important role to play in both preserving and connecting Indigenous Australians with their cultural heritage.

“Our people need access to their cultural heritage, to their family lines and continuity of who they are in their culture to tell their story, which is really important.

“Broadband in Australia allows us to make that connection.”

Read more about the Innovate with nbn™ Grants Program.
* nbn is very happy with Jason’s experience with the nbn™ broadband access network. Of course, end customer experiences may vary. Your experience, including the speeds actually achieved over the nbn™ broadband access network, depends on the nbn™ access network technology and configuration over which services are delivered to your premises, whether you are using the internet during the busy period, and some factors outside of nbn’s control (like your equipment quality, software, chosen broadband plan, signal reception, or how your provider designs its network). Speeds may also be impacted by the number of concurrent users on the nbn™ Fixed Wireless network, including during busy periods. Satellite end customers may also experience latency.