Skip to main content
Related Articles
Tourism’s triple threat: bed, breakfast and broadband How businesses can plan for what comes next 5 trends shaping the future of digital connectivity

For businesses that require a great deal of collaboration between teams, the ability to send and receive data in a timely manner is critical to productivity. For businesses that collaborate with partners on large files on a daily basis, that ability can make or break success.

Starting a Studio in Byron Bay… head in the clouds?

Cumulus Visual Effects is a professional visual effects (VFX) company and a trusted collaboration partner to larger VFX studios around the world, working with some of the biggest names in the industry.

Established in 2010 by founder, William Gammon, Cumulus now has a team of more than 20 VFX professionals – and scales to a much larger staff cohort when working on bigger projects.

From day one, the decision to launch the studio in idyllic Byron Bay was a risk, albeit a calculated one.

William’s vision was to build an environment that creatives would want to work in to ensure he could attract industry-leading talent, and provide them with a work-life balance that supported them doing their best work. 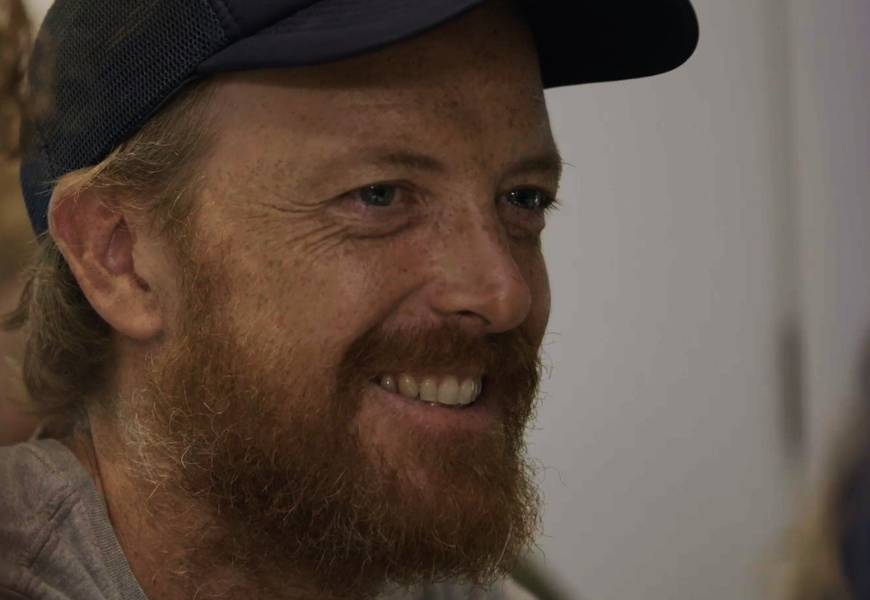 While a sound plan in theory, there were plenty of sceptics, concerned that William’s move away from the major cities would limit his ability to attract international work – and in turn, limit the growth potential of Cumulus VFX.

The concern was twofold; firstly, would his regional team be able to attract the attention required for consideration on the big gigs? Secondly, would they have the network infrastructure needed to help deliver work and effectively collaborate with partners around the globe?

While the team’s hard work, talent and visually striking creativity spoke for themselves – covered the ‘attention grabbing’ requirement – it would be some years before the required infrastructure came along to support a truly functional international studio. 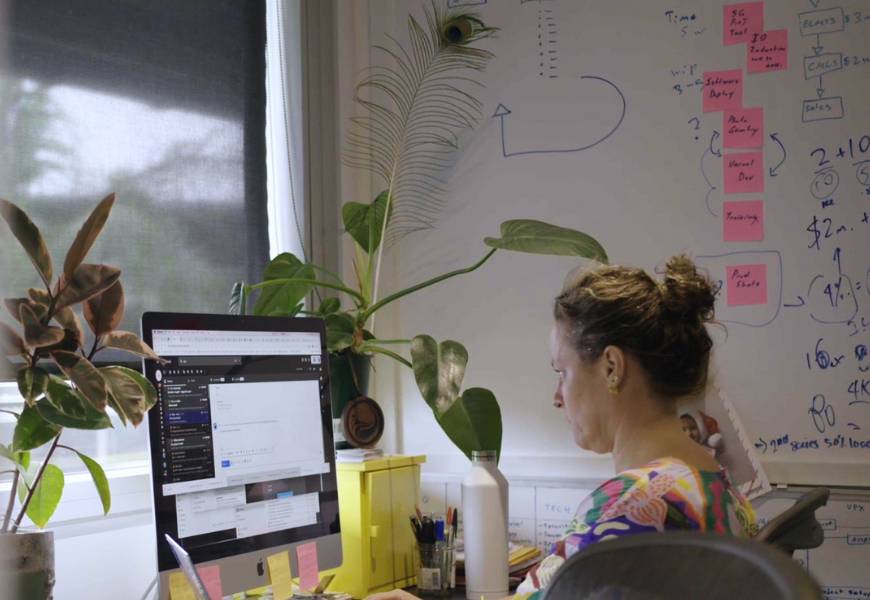 For Cumulus, the collaboration process with its partners is almost entirely virtual, says William.

“Transferring terabytes of data across the internet… when I first started a visual effects studio in Byron Bay, the internet was the missing piece of the puzzle.

“We were on an ADSL connection; people thought I was crazy, I’d have to schedule my completion date three days before the delivery date to be able to deliver the data.”

That could take several days to upload and complete the transfer.

Uncovering and implementing the solution

With regular data transfers in excess of a terabyte, upload speeds capped at 10Mbps were a huge hindrance to the team at Cumulus. So, they reached out to Aussie Broadband to find a solution over the nbn™ network that would help to meet their incredibly high data needs.

“Cumulus needed a high-speed bandwidth plan, and the obvious solution to us was business nbn™ Enterprise Ethernet. Because it’s a premium fibre-based service that offers the fastest [wholesale symmetrical speed options] available over the nbn™ network and more consistent delivery for both upload and download activity than best efforts data,” says James Doherty, Aussie Broadband.^ 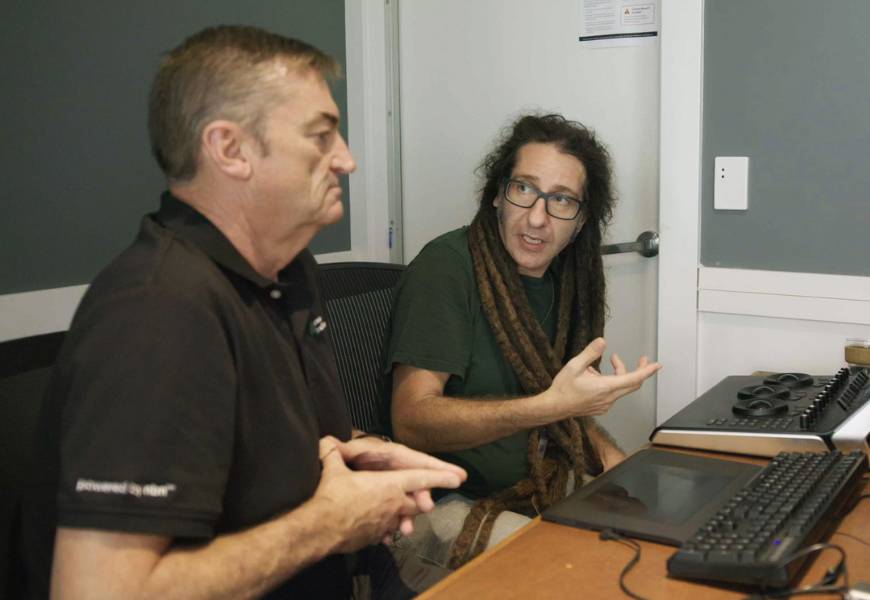 “In short, Enterprise Ethernet enabled Cumulus to drastically improve their operations, by reducing the time it took to send and receive large project files, and generally improve the collaboration process.*

“Today, [with their chosen plan] powered by business nbn™ Enterprise Ethernet, Cumulus are able to send even their larger project files across the globe in under 48 hours. This allows them to work with customers around the world, and expand their regionally-situated base of operations into a local hub for the industry and a highly considered, globally competitive studio.”

For William, the challenges of starting a regional business have been worth the effort to get to where he is today.

In the early days, colleagues and competitors doubted Cumulus’ ability to compete on a global scale, expecting them to be hindered by their remote location. Today, global customers see them as an integral extension of their teams – and one that collaborates quickly and cost-effectively and securely. 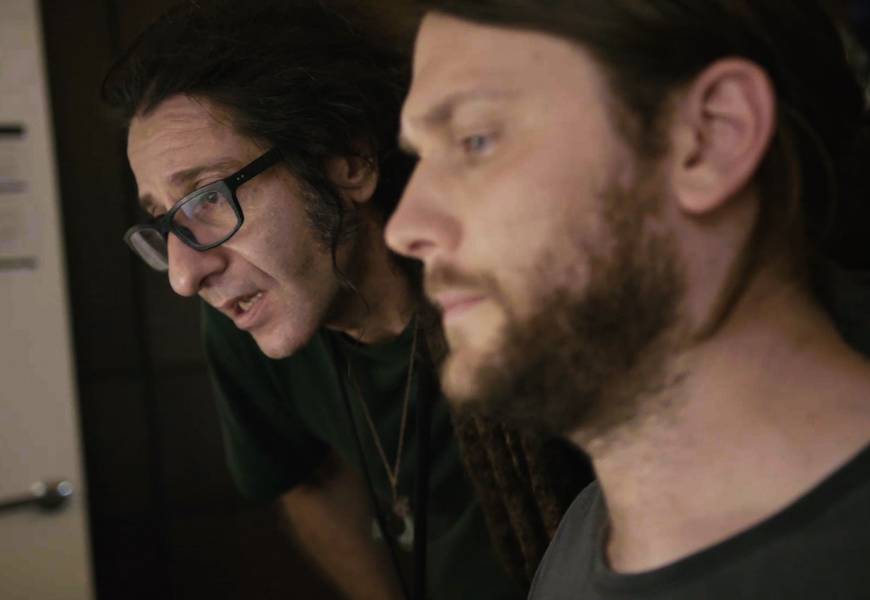 “Thanks to Enterprise Ethernet, we’ve been able to continue to grow our business and attract the best talent in the process. Our team of creative VFX artists love being able to live in the idyllic Byron Bay while doing the work they love at a world-class calibre.

“Thanks to Aussie Broadband and business nbn™, we’re looking to the future and plan to roll out more connections to new sites in the region as we take advantage of the growing creative industry in the area,” says William.^

An industry thriving thanks to high-speed internet

On top of the positive impact high-speed internet has had in growing demand for the industry, it’s also leading to improvements in its ability to create new content – by supporting better collaboration between artists all around the world as they produce our favourite shows, movies and advertisements.

For studios like Cumulus Visual Effects (VFX), the combination of increased demand and an improved capability to deliver has meant one thing – growth.

Find out if the nbn™ network is available at your business.
Address
Enter an address and select from the dropdown options

^ business nbn™ Enterprise Ethernet upgrade option is only available on the nbn™ fixed line network and for limited premises in the nbn™ fixed wireless and satellite footprints.

* nbn is very happy with Cumulus Visual Effects’ experience with the nbn™ network. Of course, end customer experiences may vary. An end customer’s experience, including the speeds actually achieved over the nbn™ network, depends on the nbn™ access network technology and configuration over which services are delivered to their premises, whether they are using the internet during the busy period, and some factors outside of nbn’s control (like their equipment quality, software, chosen broadband plan, signal reception, or how their provider designs its network).