Skip to main content
Related Articles
Concerts from the couch: Top music festivals to watch online Five online videos guaranteed to make you more interesting How to get the most out of your Wi-Fi connection

Three TED talks about technology that you need to watch

Take a look at these talks that might teach, inspire or motivate you to look at technology a little differently.

TED (Technology, Entertainment and Design) is an organisation that facilitates a range of global conferences that specialise in the spreading of ideas.

Most of the time, these ideas are shared through short talks (around 20 minutes) in front of live audiences and have seen the likes of theoretical physicist Stephen Hawking, Eat, Pray, Love author Elizabeth Gilbert and motivational speaker Tony Robbins on their stage.

The free flow of ideas and information that is facilitated by the internet is a great way to ensure we expand our mental horizons and get exposed to new ideas and futuristic concepts.

TED talks often cover teaching, technology and the sciences, and the technology-themed TED talks of 2015 have been no different.

So take a look at these talks as they might just teach, inspire or motivate you to look at things a little differently.

One of the most popular topics of conversation in tech spaces has undoubtedly been around three-dimensional (3D) printing. 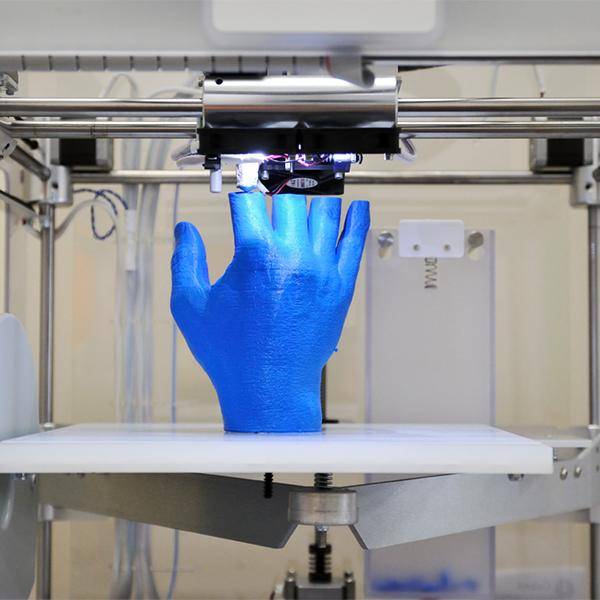 3D printing is one of the hottest topics in technology right now and Joseph Desimone's TED talk explores the subject in detail.

This new wave of creation has laid the groundwork for many industries, especially in manufacturing, to be disrupted. Some of the current applications of 3D printing include:

His talk, titled “What if 3D printing was 100X faster?” was inspired by a scene in the movie Terminator 2 and focuses on how Joseph and his colleagues have discovered a way to speed up the printing process.

We recommended this talk if you’re interested in the future of making things.

In a world of rapid advancing technology, there is one topic that has been the storyline for many Hollywood films - artificial intelligence (AI). It is a concept that often divides viewers into two groups: those who are excited by it and the others who completely disagree.

If you’re curious about this topic, have a look at the Swedish philosopher Nick Bostrom’s TED talk, where he discusses how a computer's Artificial intelligence could be smarter than a human.

In his talk "What happens when our computers get smarter than we are?", Bostrom makes the statement “machine intelligence is the last invention that humanity will ever need to make”, which is definitely worth thinking about.

While there are many theories and opinions, artificial intelligence offer potential advances in medicine, space colonisation and cures for the aging process.

If, as Bostrom has prophesised in his talk, a computer AI could be created in this century, the advances for the human race could be torn straight from the pages of a science fiction novel.

The advancement in camera technology has enabled us to put astonishing quality cameras into our smart phones, develop cameras capable of shooting in incredibly slow motion and given us unprecedented quality videos and films for our entertainment.

Similarly, advancements in video cameras have enabled them to pick up the minutest of details.

MIT student Abe Davis sits on the cutting edge of technology, combining high-speed cameras with software, enabling him to pick up on microscopic movements of objects that are caused by the vibration of sound.

In his TED talk titled "New video technology that reveals an object's hidden properties" he shows how he has been able to recreate sound and conversations using only a video of a seemingly still object.

If you have an interest in computers and software, we definitely recommend taking a look at his talk.

TED is a great resource as it offers people from any walk of life the chance to learn and be inspired by some of the world’s best thinkers. To catch up on the many TED talks that are available, you can visit the TED website or subscribe to their YouTube channel.