A towering achievement on the Gold Coast

Connecting hundreds of residents in a single high-rise building to the nbn™ access network is complicated enough.

Now imagine magnifying that task to more than 180 buildings – some of them more than 300 metres tall – concentrated on a strip of sand constituting one of the nation’s premier tourist destinations.

NBN Co’s Project Manager for Queensland Regional Deployment, Jennifer Mellifont, doesn’t have to imagine the hurdles that go with pulling off such a momentous task: she’s right in the middle of doing it.

While, of course, there’s no shortage of high-rise buildings in Australia’s capital cities, what makes this part of the Sunshine State unique is the high concentration of skyscrapers where Fibre-to-the-Building (FTTB) is the dominant technology being used to connect premises to services over the nbn™ access network.

“The high concentration of Multi-Dwelling Units (MDUs) in certain parts of the Gold Coast, such as Southport and Surfers Paradise, is unique for the construction rollout,” says Mellifont.

“The majority of Service Area Modules have a higher rate of Fibre-to-the-Node/Fibre-to-the-Curb in their footprint but, in parts of the Gold Coast, FTTB is the dominant technology.”

With its 57 kilometres of picturesque coastline bordered by World Heritage-listed rainforest, the combination of surf, sand and sunshine make the Gold Coast a tourist drawcard.

It should come as no surprise then that the region attracts more than 13 million visitors every year, not to mention 12,500 new residents who help swell the permanent population towards an expected 700,000 by 2021, making it one of the fastest-growing regions in the nation.

And, at more than 322m high, the Gold Coast is home to one of Australia’s tallest buildings: the towering Q1.

Yet, Q1 is far from alone in the skyscraping stakes.

While the Gold Coast is Australia’s sixth-largest city, it has the fourth-greatest number of skyscrapers in Australia after Melbourne, Sydney and Brisbane.

None of these facts are lost on Mellifont when planning the best way to roll out the network.

“The Gold Coast is a high-profile area,” she says.

“Therefore, minimal impact to tourists, beach-goers and general shoppers is a high priority.

“Additional planning is required due to higher foot traffic than the suburban backstreets.” 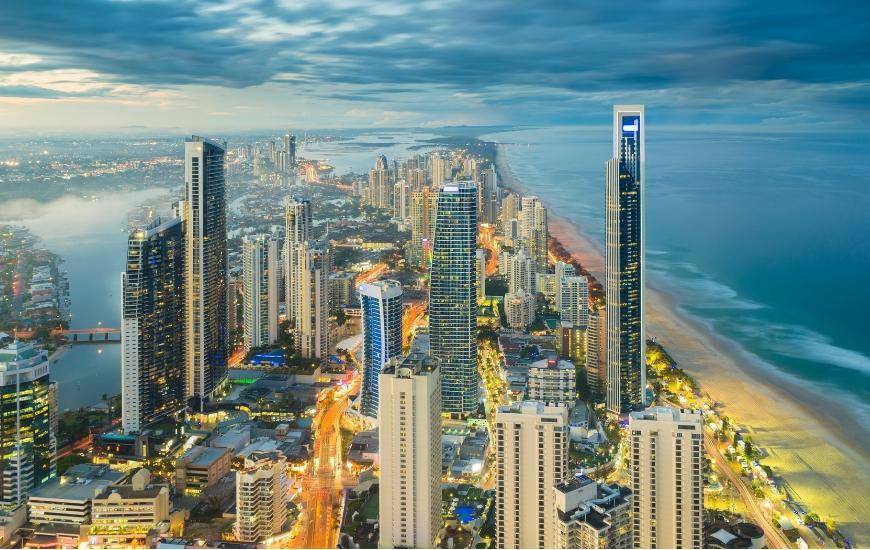 While the mix of MDUs includes some compact, older buildings – which, in some cases, date back to the 1950s and ’60s – Southport and Surfers Paradise, in particular, have a high concentration of towering modern apartment buildings.

“There are about 91 MDUs in Surfers and another 79 in Southport on the list so far, and just about all of them are towers being connected via FTTB,” says Mellifont.

She also says that connecting buildings to the nbn™ access network via FTTB works in NBN Co’s favour because the company can do what it needs to do, working in either the basement or the building’s communications room, rather than having to access individual apartments.

On the flip side, Mellifont says access can sometimes be a challenge, with NBN Co crews occasionally unable to drive trucks into underground car parks in some buildings.

“Sometimes we can’t drive down there because of height restrictions, so we’ll have to get equipment like cabinets off the back of the truck and walk it down instead.”

The sheer amount of people on the streets can also be a challenge to manage.

“This is a more concentrated area than some of the outer suburbs of the Gold Coast, like Ashmore,” says Mellifont. “The more condensed the area, the worse it is for pedestrian traffic.”

Nevertheless, Mellifont shares that NBN Co is well advanced in connecting the multitude of Gold Coast high-rises to the network, and is on track to finish the rest by the end of the financial year.

Discover the secrets of a telco revolution.