Skip to main content
Related Articles
Online tools to help organise your spending habits Future tech trends and gadgets to get excited about Send in the drones: How UAVs are changing industries

How to pay using your phone in Australia

Who needs a wallet? Smartphone payments have arrived!

Is the humble wallet going the way of video cassettes, camera film and floppy discs? It definitely seems that way. As technology advances, our store memberships and bank cards are already starting to migrate to our phones, reducing the need for purses and pocket change.

The underlying tech has been made possible with the use of near field communication, or NFC, which is the same technology that allows you to ‘tap and go’ when you make a payment with your card at the checkout.

If you like to travel light, choosing to go wallet-free and pay with your phone may soon be the way to go.

Paying with your phone has only recently been introduced to the Australian market and isn’t yet available for every device / card combination. However, if you are keen to give it a try, here are a few options in Australia: 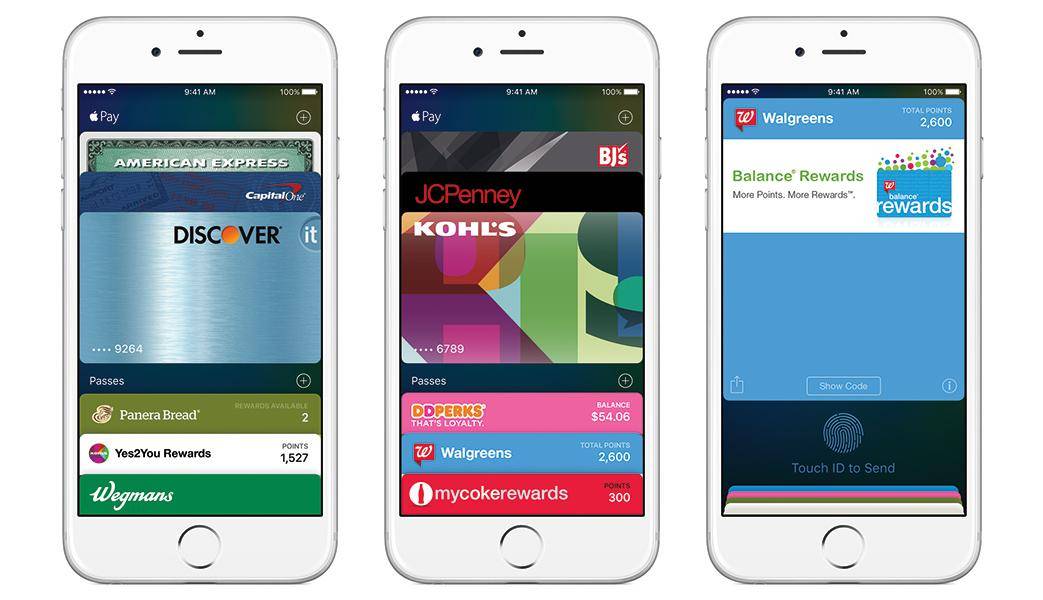 Got an iPhone? If it is an iPhone 6s, 6s Plus, iPhone 6, 6 Plus or iPhone SE with an up to date operating system and Touch ID (fingerprint scanner), you are now able to use it to tap and pay, if you also have one or more supported cards.

Apple Pay makes the promise never to transmit or share your personal information and claims that its payment method is “simple, private and secure”.

It’s pretty easy to get started. Once you have activated Apple Pay on your iPhone and added one or more cards, to make a payment all you have to do is place your finger over the Touch ID button, so that it can authenticate your fingerprint, and hold your phone up to the payment reader, similar to the way you would with PayPass or Paywave on a credit card.

You can also pay with an Apple Watch by double clicking the side button and holding the face up to the payment reader.

To activate Apple Pay initially, open the ‘Wallet’ app on your iPhone. The app will walk you through adding the details of the cards you wish to add, using the camera to recognise the numbers on your card so that you don’t have to manually enter them.

The catch: Apple Pay is only compatible with a few Australian financial outlets right now, and not all cards from each outlet. To pay with credit card you need a Visa or an Amex credit card to link to your Apple Pay account. To use a debit card you must currently be an ANZ customer. However, other outlets are promised to be “coming soon.” 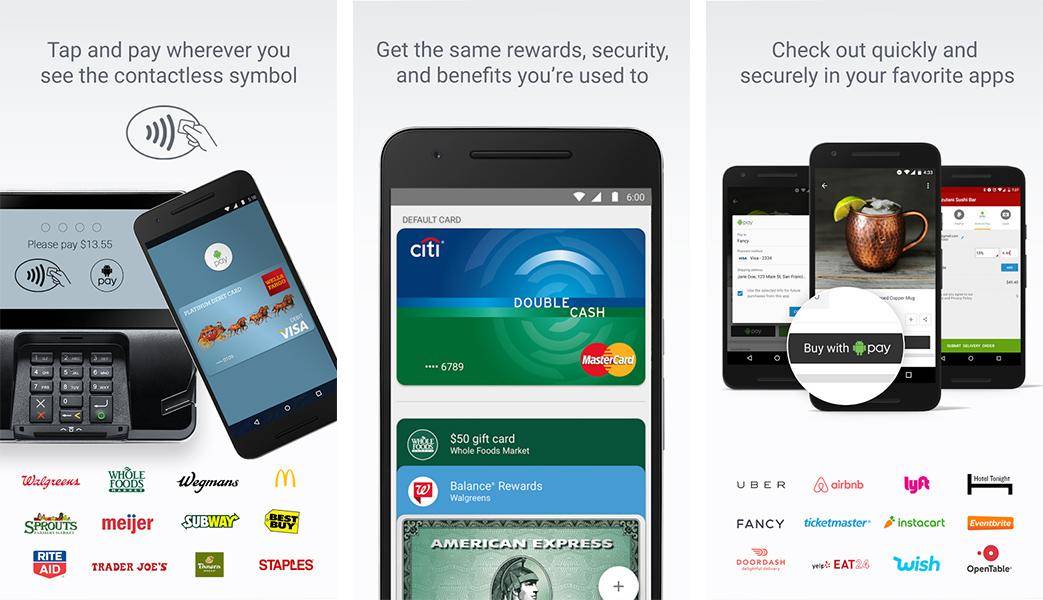 Not an iPhone user? Don’t despair.

Android Pay became available in Australia in July 2016. Once you have installed the Android Pay app, if compatible, your phone can act like a card. If eligible, all you will have to do to buy your groceries is unlock your phone and hold it up to a contactless payment terminal.

No PINs necessary for payments within the usual PayPass/Paywave threshold; you don’t even have to open the app. The app promises simplicity and security that won’t allow your details to be stolen when you pay.

As of July 2016, Android Pay was up and running with ANZ and AMEX, as well as a number of smaller financial providers and credit unions.

It is also compatible with a lot of apps, so check your favourite retail and food delivery apps to see if you can use Android Pay to buy online. 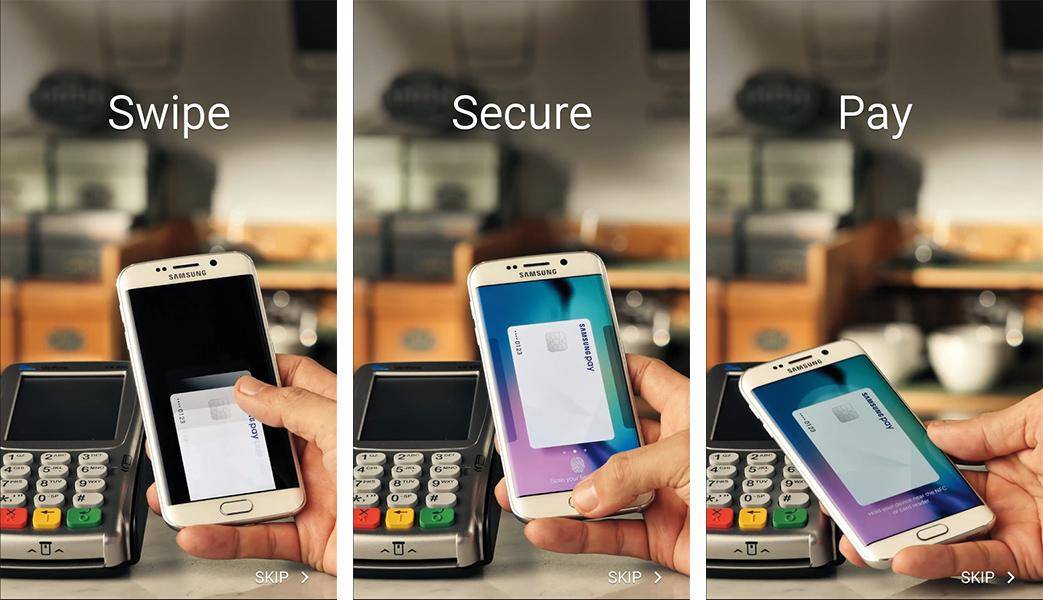 Launched in Australia in June 2016, Samsung Pay’s list of pay compatible phones include:

If you have one of these devices, it’s a three step process to pay using your connected Amex or Citibank card once you have registered them. Simply swipe upwards to activate Samsung Pay, use your fingerprint or password to prove that it’s actually you and then tap or hold your phone up to the terminal.

Samsung Pay claims to be highly secure, protecting your personal information by not storing or sharing it.

Commonwealth Bank, Westpac, ANZ and NAB all offer tap and pay options via their smartphone apps. Using these apps can be a little complicated, as you have to make sure you have the right type of phone.

CBA customers can use Tap & Pay via the bank’s mobile app. On compatible Android devices that have inbuilt NFC enabled you simply have to follow the prompts. For iPhone and non NFC enabled Android phones, you have to order a special ‘pay tag’ that attaches to the back of your phone.

National Australia Bank clients are also able to tap and pay. You need to have a Visa debit or credit card, the latest NAB app and an Android phone running at least 4.4 (KitKat) that has built in NFC.

Westpac claims that you’ll be ‘unstoppable’ with their mobile banking app + tap and pay. Compatible with a range of Samsung Galaxy phones, the app will link to your bank cards and allow you to pay with your mobile.

ANZ’s Mobile Pay app lets you tap and pay with your compatible Android mobile device the same way as you would with a credit card. You can store multiple cards and change the ‘active’ card that you make your payments with. The other added bonus of ANZ Mobile Pay is that some ATMs allow you to use your phone to withdraw cash.

Paying with your mobile can already be as simple as tap and go. What’s complicated right now is making sure you have the right phone and the right type of bank card. It’s worth noting that some systems also have payment limits, allowing you to only tap and go with one or two hundred dollars before a signature or PIN is required.

This technology is relatively new to Australia at this point, but there’s little doubt that its simplicity will have us reaching for our phones more often than our wallets in the not-too-distant future.

Everything in our lives is becoming more connected. From payments moving to our phones, to getting our music fix from the cloud, Aussies are increasingly plugged-in. Check out how much data the average Australian uses each month, and see just how far our usage has grown in the past few years.