Rolling out across the country: tranquil Atherton

The nbn™ project | Published on 19 July 2018
Share on Twitter Share on Facebook Share on LinkedIn
As we roll out the nbn™ broadband access network, we’re fortunate to explore the many breathtaking locations that grace our wide and sunburnt land. This week we head to Atherton, which is now ready for service, to find out what puts it #OnTheMap…

In 1837, John Atherton, the second son of nine children, was born in Lancashire, England. Packing up their life and moving Down Under in 1844, the Athertons would eventually make their way to Armidale in New South Wales to establish a family farm. At the tender age of 20, John journeyed north to Queensland with his brother to transport sheep to Rockhampton, eventually persuading his father to sell up and join them.

Here in ‘Rocky’, John soon fell in love, with both the North Queensland countryside and his future wife, Catherine. Marrying in 1862, John pursued his passions for Aboriginal culture and grazing land, leading him to explore farther and farther north. He would go on to open up important roads, including the coastal road to Yeppoon, and one between Broadwater and Mackay.

Yet it was the stunning tablelands to the south-west of Cairns that would ultimately tempt him to stop exploring. 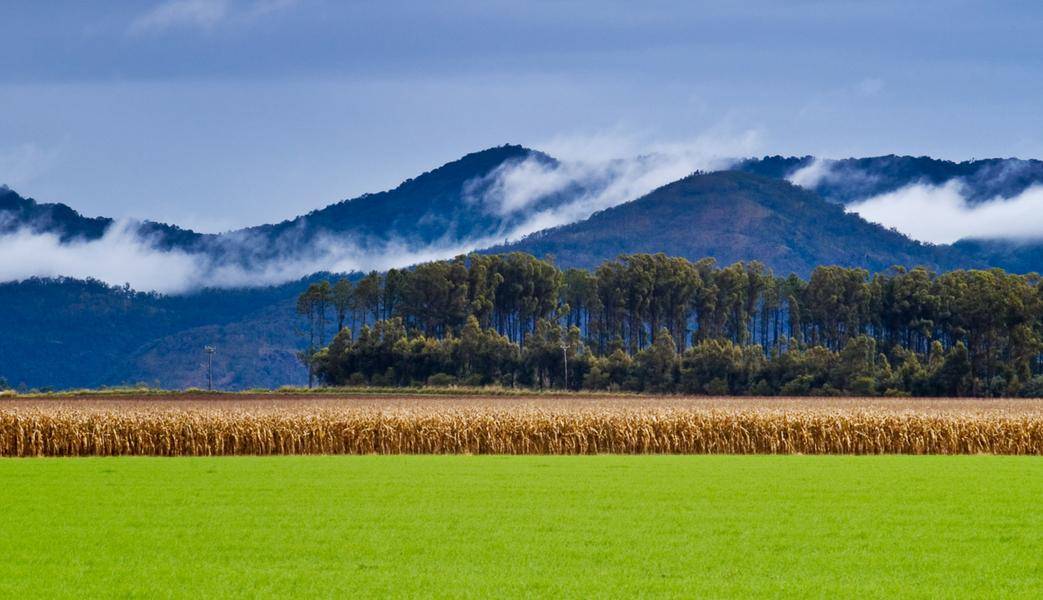 In 1877, John finally settled at Emerald End, nestled on the banks of the Barron River. He’d become famous for his horses and tin, the latter being a metal John discovered in 1879 in a stream he dubbed Tinaroo Creek. That location sits near the modern-day town of Mareeba, but it’s 35 kilometres to the south where his name will live on forever.

Eighty kilometres south-west of Cairns, Atherton the town and the greater Atherton Tablelands are named after John and his family. By the time the grazier and horseman passed away on the family estate in 1913, John’s four sons and four daughters were also established pioneers in the area.

Atherton (the town) is now ready for service on the nbn™ broadband access network, helping to bring connectivity and access to fast broadband to the local people, business owners and visiting tourists of the region.* This is a further demonstration of why a recent report^ (commissioned by NBN Co) found Australia to be leading the world in commitment to rural and regional broadband, alongside our commitment to bring our network to homes and businesses across Australia and complete the network rollout in 2020.

Exploring the town of Atherton

Not only has Atherton been shaped by the area’s farming legacy, it’s also been influenced by a rush of miners seeking gold and tin. The area was home to a large population of Chinese settlers who arrived in the area in the late 1800s. Today, you can visit the Hou Wang Chinese Temple and Museum, which is the last remaining timber and iron Chinese temple in Australia.

By 1910, Atherton became the largest town in the tablelands, thanks to the 1903 railway extension to Cairns. Later, during World War II, the Atherton Tablelands would be home to Australia’s largest military base.

From 1942, more than 100,000 troops were stationed across 160 sites in the region, with the area’s climate providing a suitable training ground for those heading to the likes of New Guinea. Today, the Atherton War Cemetery recognises many of those who bravely served our nation.

Ask those who visit modern-day Atherton what they enjoyed about the town and talk will likely turn to The Crystal Caves: the dazzling personal crystal and fossil collection of René and Nelleke Boissevain. 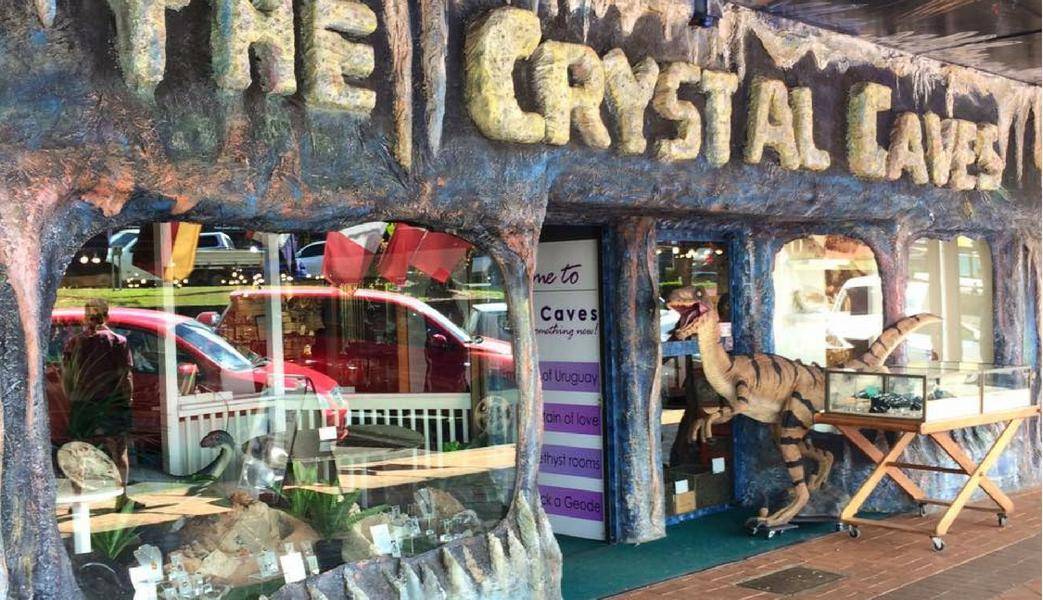 With 600 specimens housed in artificial caves spanning 300 square metres, more than a quarter of a million visitors have walked the gem-laden tunnels since it opened in 1987.

Be sure to check out the massive amethyst geode (pictured), which joined The Crystal Caves family in 2007 for a cool US$120,000. Plus, see if you can spy the 385-million-year-old marine fossils.

Amethysts were once considered 'precious' gems – alongside diamonds, sapphires, rubies and emeralds – until an abundance of reserves were found in Brazil, thereby reducing the gorgeous purple gem's value. 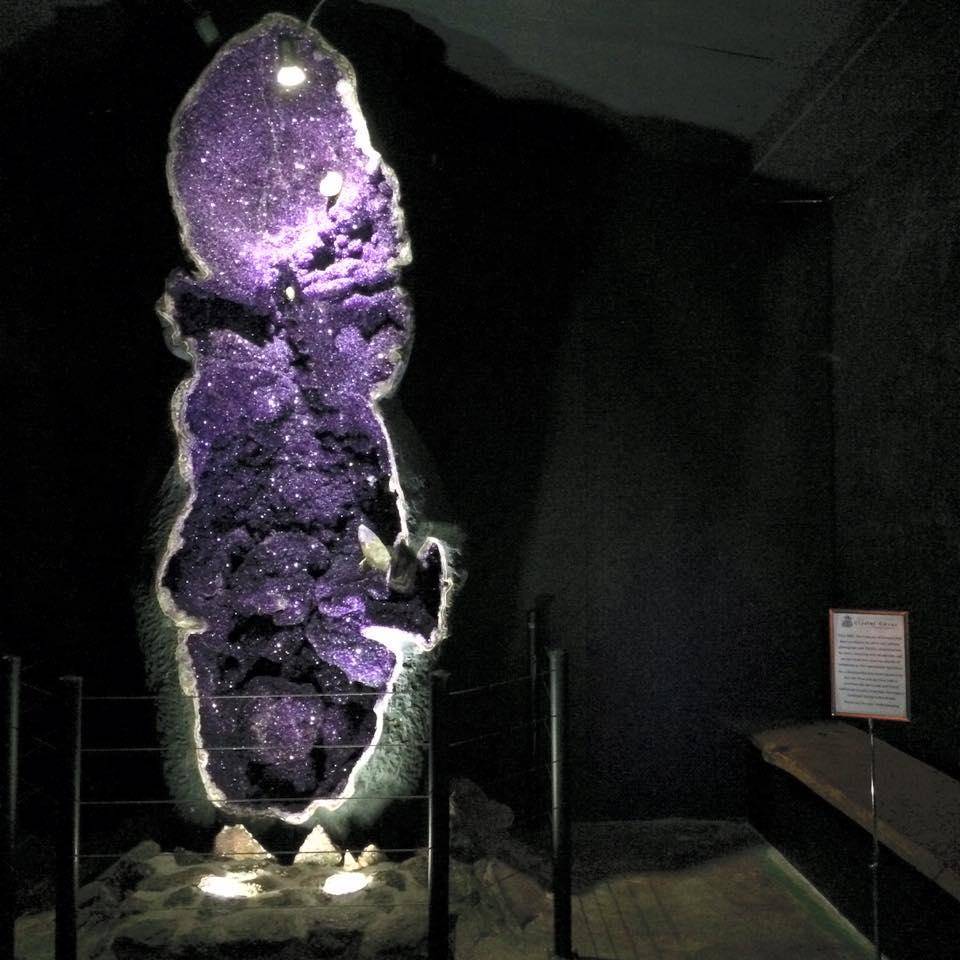 Or perhaps the Tolga Bat Hospital is more your speed.

Starting out in 1990, when hundreds of spectacled flying foxes were orphaned in the area due to tick paralysis, the Bat Hospital took on two of these pups… and the rest is bat history.

Today, the not-for-profit looks after mega and microbats through its rescue, rehabilitation and release program with up to 1000 of the cute critters cared for every year.

Animal lovers can continue to get their wildlife fix 30 minutes away from Atherton at the Australian Platypus Park. There are also plenty of tracks and hikes to discover in the region. 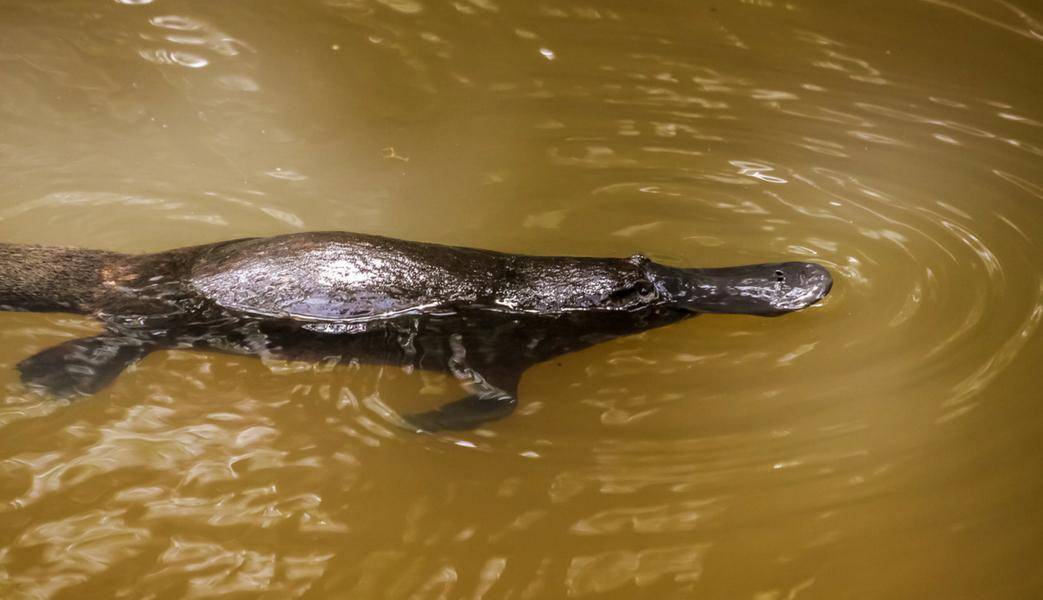 In July, you’ll come across the Atherton Agricultural Show, followed at the end of August by the Maize Festival. In October, the Tastes of the Tablelands festival is a true delight for the food connoisseur. It’s a great time to visit the area, too, with the Tablelands Folk Festival following shortly after just up the road in the heritage village of Yungaburra.

A gateway to the Atherton Tablelands

Lush with life and consistently warm, the greater Atherton Tablelands is one of nature’s true gifts. While Atherton itself is relatively small, it’s a gateway to this fascinating region: a huge 64,768 square kilometre expanse that is home to more than 45,000 people.

Many of the towns in the area are named in honour of the Traditional Custodians of the land, including Kuranda, Millaa Millaa, Dimbulah and Yungaburra.

Indigenous culture remains a focal point of the region. Evidence of human occupation in the area dates back 45,000 years, while a site dating to 18,000 years ago can be found in the Walkunder Arch Cave at Chillagoe. A number of communities occupied the area: the Djirrbal and Ngadjonji people claimed the eastern rainforest region; the Jidabal and Barbarum peoples were found in the drier western slopes; and in the north there were the Yidinji.

It was noted by the early European explorers that these were not nomadic tribes. Instead, there were semipermanent towns and established walking tracks across the region. 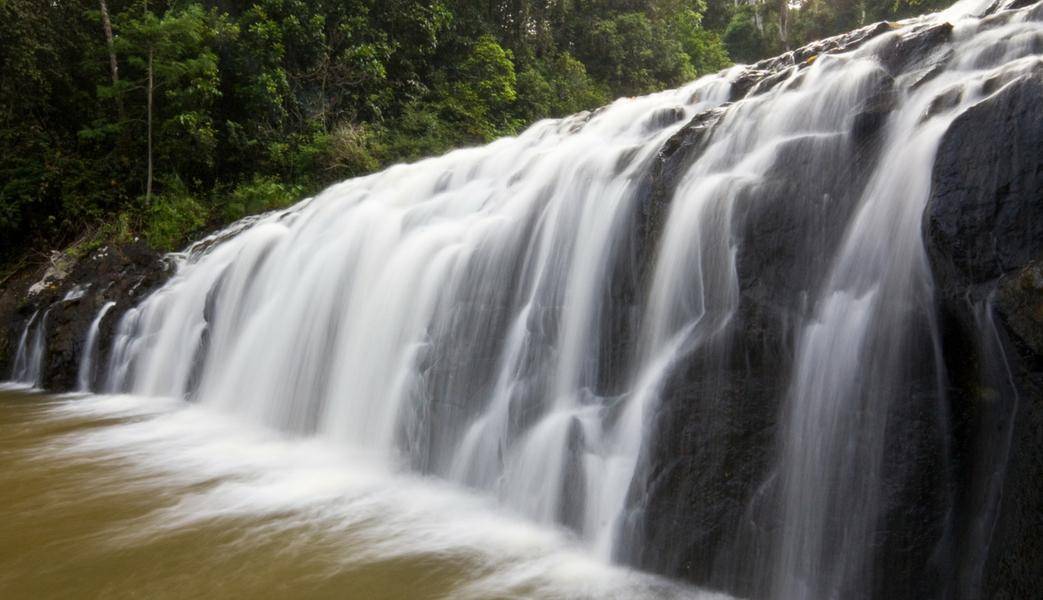 Today, there’s plenty to explore in the Atherton Tablelands that can help visitors imagine these past eras. Aboriginal Creation Stories can be learnt at the Mount Hypipamee Crater, as well as Lake Eacham and Lake Barrine. A local Ngadjonji guide can take you through the traditional culture at the Malanda Falls Conservation Park.

Elsewhere, in the Undara Volcanic National Park, you can find Australia’s longest lava flows (and one of the longest in the world), which spill from a crater and travel 160 kilometres. A whopping 164 points of volcanic activity in this area makes for some incredible formations and caves.

Platypus and tree kangaroos are notable wildlife to keep an eye out for, while the whole region is renowned for its variety of birds. In fact, the Atherton Tablelands is listed by BirdLife International as one of Australia’s Important Bird Areas.

Despite being tucked away in Australia’s beautiful, volcanic and mountainous countryside, Atherton’s businesses and visitors can now enjoy access to fast broadband via the nbn™ access network. Escape the hustle and bustle (while staying connected!) and use the tranquil tablelands as the ideal base to explore the region.

Atherton by the numbers


21.4 – The average lowest temperature (in Celsius) for the coldest month of the year, July.
70.7 – The percentage of the Atherton population who identify with ancestries outside of Australia.
720 – The number of Aboriginal residents that live in Atherton.
753 – The distance (in metres) that Atherton sits above sea level.
1369 – The average yearly rainfall (in millimetres) for Atherton.
1691 – The distance (in kilometres) from Brisbane to Atherton.
7331 – The population of Atherton.
64,768 – The size (in square kilometres) of the Atherton Tablelands.

* Your experience, including the speeds actually achieved over the nbn™ broadband access network, depends on the technology over which services are delivered to your premises and some factors outside our control (like your equipment quality, software, signal quality, broadband plan and how your service provider designs its network). Sky Muster™ satellite end users may experience latency.