Skip to main content
Related Articles
Letting the Sunshine in with help from technology Innovative idea to overcome isolation Connectivity: more than a game

Seniors embrace the power of technology

From helping launch a satellite service for the Queensland government in the 1980s to, more recently, mastering the intricacies of programming his robot vacuum cleaner, throughout his long, active life and career, the 74-year-old Queenslander has viewed the evolution of connectivity as an opportunity rather than a challenge.

It's a mindset that Steve is determined to rub off on fellow seniors by helping them overcome any tech phobia they may have and instead embrace technology.

That’s the ethos behind the ‘Grumpies’, a Men’s Shed style gathering of like-minded blokes in Brisbane (Turrbal, Jagera and Yugara Country), who regularly get together for a yarn about a range of topics, which – thanks to Steve – include all things technology.

“There’s 50 of them and none of them are really that grumpy,” says Steve with a smile about his fellow members.

“We meet for two hours once a week. Once a month, we go for a barbeque and we have a chat and tell stories.”

It was a simple request for advice from a member about their mobile phone that saw demand for Steve’s services as the group’s resident ‘techspert’ really take off.

“Even though I haven’t promoted myself in the role, I’ve just become the go-to guy for tech advice.”

It’s not hard to see why. 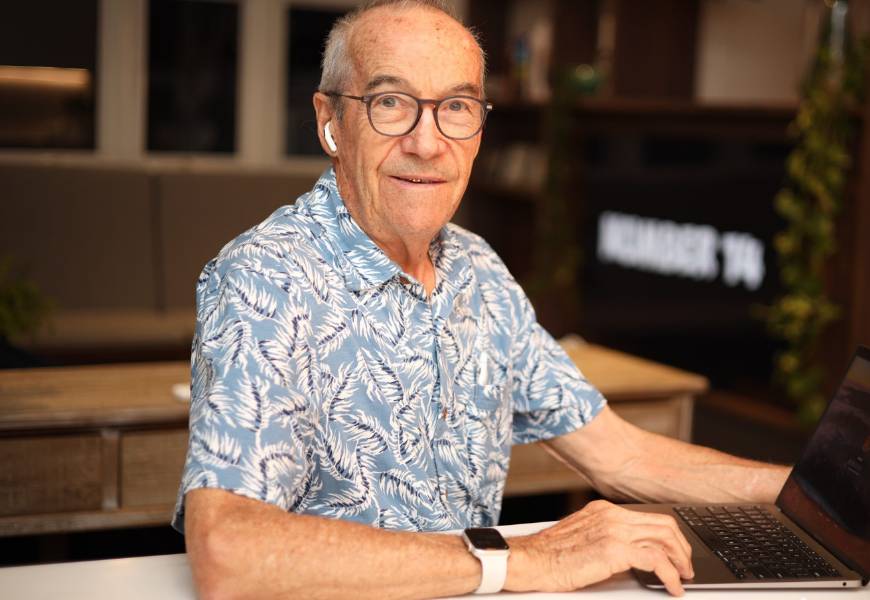 Following a long career in the telecommunications industry, which included a significant stint at Telstra, Steve took early retirement in 2004 at the age of 57.

Far from sitting still, in the years since, he has devoted much time and energy to helping seniors master the basics of technology as a mentor with Brisbane Seniors Online.

“I thought I had a bit to offer that I could share with people.”

Taking the phobia out of tech

The role has often involved tutoring older Australians one-on-one in their own homes to lift their basic technology skills and online safety practices.

Steve recounts the story of one 70-year-old digital technology novice who came to him armed with a new iPad.

“She said, ‘My daughter gave me this for Christmas. What am I supposed to do with it?’”

Steve has made it his mission to open his peers’ eyes to not only how to use such devices to connect to the digital world but also show them the value of doing so.

He has no trouble practicing what he preaches.

Steve has made it his mission to open his peers’ eyes to not only how to use such devices to connect to the digital world but also show them the value of doing so.

Both he and his wife have Apple Watches, which they use to do everything from monitor their heart rate to set a timer to boil an egg each morning.

“We live on a big block so if she’s out in the garden and I feel like making a cup of tea, I’ll press the walkie talkie function and say, ‘Tea’s ready!’”

On a more serious note, Steve says it’s important for seniors’ own health to be across digital technology, whether connected via mobile or to secure and reliable broadband.

“Devices like smart watches are almost essential for people of our age now, who are likely to fall or need assistance. You need it for your own safety.”

Connecting seniors with each other

Steve says, in his experience, a lack of access to online connectivity is not the primary problem for older Australians when it comes to improving their digital capability – it’s social isolation.

“By joining the local computer club or even starting off with something you are familiar with, like playing cards, participating in social activities will lead to participation in digital activities.”

“In those settings, they will become more familiar with technology because there will be people there who will be able to lead them through their problems.” 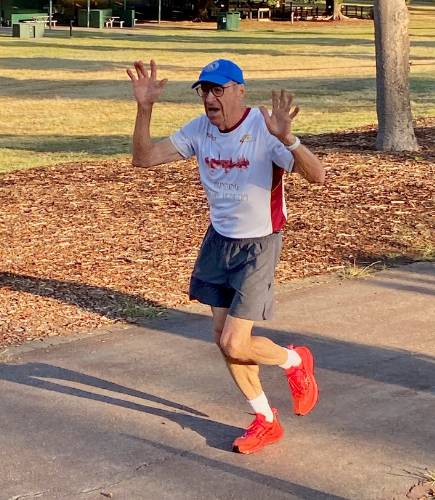 It’s a trend that has been exacerbated by the impact of the global pandemic.

Faced with volunteers no longer being able to physically record runners’ times with paper and pen, he encouraged more than 150 club members to download the popular Strava running app to their phones.

He then went one step further, downloading a separate app that allows him to add a highly accurate time stamp to the runners’ images he takes with a camera at the start and finish line.

These are then shared on the club’s Facebook page, which Steve created and administers.

“So, digital technology has allowed us to keep the club running even in the worst of the lockdown.”

Across the country, nbn is pitching in with a range of activities to help older Australians lift their digital capability. Soon, nbn will reveal a campaign designed to help keep people safe from scams online.

The special event, aligned with Queensland Seniors Month theme Social Connections, brings together representatives from senior associations and community groups – including National Seniors Australia, COTA (formerly known as Council on the Ageing), and the Joint Cyber Security Centre – to discuss how to empower our senior community in online safety and cyber security.

Meanwhile, as part of Seniors Week activities in Tasmania, nbn is helping COTA connect with older Tasmanians to demystify modern technology through IT pop up stalls at several locations, including rural areas.

Russell Kelly, Corporate Affairs Manager – Tasmania at nbn, says connecting with seniors is an important part of the company’s role and that by offering one-on-one help, older Australians can become more confident with using their home broadband, computers and hand-held devices.

“Technology is just a tool for making everyday life easier. When older people see how they can take charge of their digital life, it’s a great moment to witness.

“It’s like a weight is lifted off their shoulders and instead there’s an ‘I can do this’ attitude. It’s just wonderful.”

Discover how Sunshine Butterflies is striving to improve the lives of those living with disability and their families.