At NBN Co, we are building a national broadband access network not just for today, but for tomorrow – a nationwide piece of 21st century infrastructure that will provide the broadband access backbone to support Australians’ data needs into the future.

Today we are more than halfway through the build – having 6.8 million premises Ready to Connect and as we tick off our four millionth end-user premises connection, we understand better than ever just how Australians are using the nbn™ access network.

Measuring and analysing traffic usage is a daily occurrence at NBN Co to ensure we can evolve our network to meet the demands of the millions of homes and businesses connected to the nbn™ access network.

We look at these usage patterns not only to inform our future choices on access technologies and upgrades, but also on ‘the glue’ of the network; our Transit and IT networks.

In April we conducted a large piece of research, looking at the entirety of the 3.7 million active services we had on the network at the time, to better understand how bandwidth is being demanded by end users, when it is being used and how much data is being consumed.

This research was the largest to date we have ever undertaken at NBN Co and took into account all end users across: Fibre-to-the-Premises (FTTP), Fibre-to-the-Node (FTTN), the Hybrid Fibre Coaxial (HFC) cable network, Fixed Wireless and Satellite.

The data showed that usage demands in April were very similar across our Fixed Line footprint regardless of the technology an end user was on.

The first notable finding to come out of this research – which focused on usage across the month of April – was that across the total 3.7 million end-user premises on the nbn™ access network, median data consumption came in at 108GB while average consumption was 190GB for the month.

When we drilled down into why the median was significantly lower than the average, we found an answer: just 14 per cent of end-user premises accounted for 50 per cent of total traffic across all nbn™ access network technologies.

At one end of the scale we had one per cent of end-user premises download in excess of 1 Terabyte (TB) each a month.

But blowing all of those away was Australia’s biggest downloader for April: a residential end-user premises on a 100/40Mbps retail plan who consumed a whopping 23.59TB of data in just one month. To put this in perspective, that is the equivalent of downloading about 5000 DVDs!

The upload findings for April were just as interesting. While the median upload total came in at just less than 7GB a month, the average, again, soared (this time to 17.45GB) as one per cent of end-user premises squeezed a lot more (164GB a month) out of their connections. 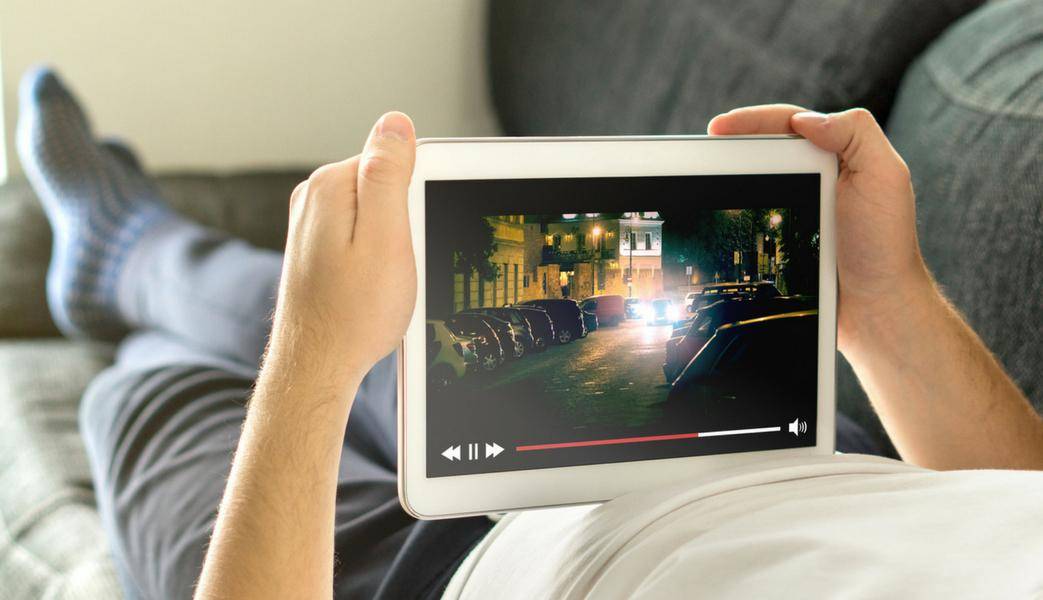 So what are these end users downloading and uploading? Typically the vast majority of traffic demand on NBN Co’s networks comes from live streaming, web browsing and tunnelling (usually via virtual private network technology for the purposes of security).

These raw numbers paint an interesting profile of how much bandwidth Australians are using across the nbn™ access network. However, perhaps our most surprising finding was that – with the exception of our Fixed Wireless and Satellite access networks which are subject to capacity constraints – end users on HFC/FTTN/FTTP networks all had very similar usage demands, particularly on higher speed plans.

What this illustrates, is that Fixed Line technology choice is not having a great impact on end-user demand today, but that we must continue to ensure flexibility in the capacity management of the network to meet the demands of the future.

The first way we are doing this is by augmenting wholesale capacity on our existing Multi-Technology Mix (MTM). The second is considering potential upgrades to existing technology. And the third is transitioning end users to different technologies, whether that be our planned DOCSIS 3.1 upgrade path for the HFC access network or by pushing more fibre deeper into the network via Fibre-to-the-Curb (FTTC).

We are also helping to prepare ourselves for future demand by developing plans to use available wholesale capacity in existing technologies such as: lighting up spare ports and fibres in the FTTP footprint; cell splitting and adding new frequencies in the Fixed Wireless footprint; and helping to sort out end-user in-home wiring issues which we know are having a significant impact on speeds.*

Like anything in life, we know that expecting the unexpected is the norm; surprises will always come around the corner. But we also know we are doing all we can to ensure we meet these challenges, that resilience and wholesale capacity is built into the network and that we are working hard to help service providers and end users enjoy great service. Having now reached the four millionth connection we are well on our path to a fully connected nation by 2020.

Discover how the digital divide between the city and the bush is estimated to shrink due to regional prioritisation of the nbn™ access network.
*Your experience, including the speeds actually achieved over the nbn™ broadband access network, depends on the technology over which services are delivered to your premises and some factors outside our control (like your equipment quality, software, signal quality, broadband plan and how your service provider designs its network).